In February 2017, I added the ability for other people to log in to my site, both via IndieAuth and Twitter. Since June 2019 this feature is more useful, as I moved all my checkins to being ‘private’, meaning there is actually something to see (albeit sparsely posted).

For this, I used the now outdated and deprecated service IndieAuth.com, which back then was also used to log in to the IndieWeb wiki. Due to the confusion between IndieAuth.com (the service) and IndieAuth (the protocol), a new project called IndieLogin was started and the IndieWeb wiki moved to that one. Since it didn’t offer that login service to others, as IndieAuth.com did, I never switched.

Since this week I have a new IndieAuth endpoint for myself. (Meaning: a place I can use to prove my own identity to others.) Unfortunately, it is not compatible with the outdated IndieAuth.com, so I could not use it to prove my identity to my own site. Because this felt wrong (and because I had the IndieAuth flow in my head again now), I decided that my site needed to do that part of IndieAuth on it’s own as well.

Since I was at it, I also have Twitter login working via the new flow. That was easier, because the library support was more plug-and-play.

Last week I wrote about my new setup where I run two applications, the old PHP and the new Elixir, behind an unusual NGINX configuration. For the aforementioned feature of authentication, I had to create even a bigger beast.

All the posts, and all the logic for showing or hiding private posts, are still in PHP. The new authentication is in Elixir. Both ends are storing the information about the current logged-in user in session cookies. How do I merge those two into one user experience?

Luckily, since both applications run under the same domain, the browser is actually unaware of the fact that there are two apps. It just sends all cookies back.

So, in PHP I ask for all headers, look for a cookie-one that is named _yak_key, and if it is there, it makes a direct localhost call to Yak, the Elixir server, with that cookie. Yak exposes one route that just returns the currently logged-in user as a JSON. If that call returns a user, PHP can set a cookie of its own.

At some point this setup will change again, but for now it seems to me as a good way to make one further step in the features I want to support in the new version of my site, while keeping the old one running.

Oh yeah, you may hunt down that localhost-call that checks the login status. It is actually exposed to the outside world too. But if you can provide it with a cookie for a person that is not you, that person and I have a problem anyway, regardless of you knowing the endpoint. 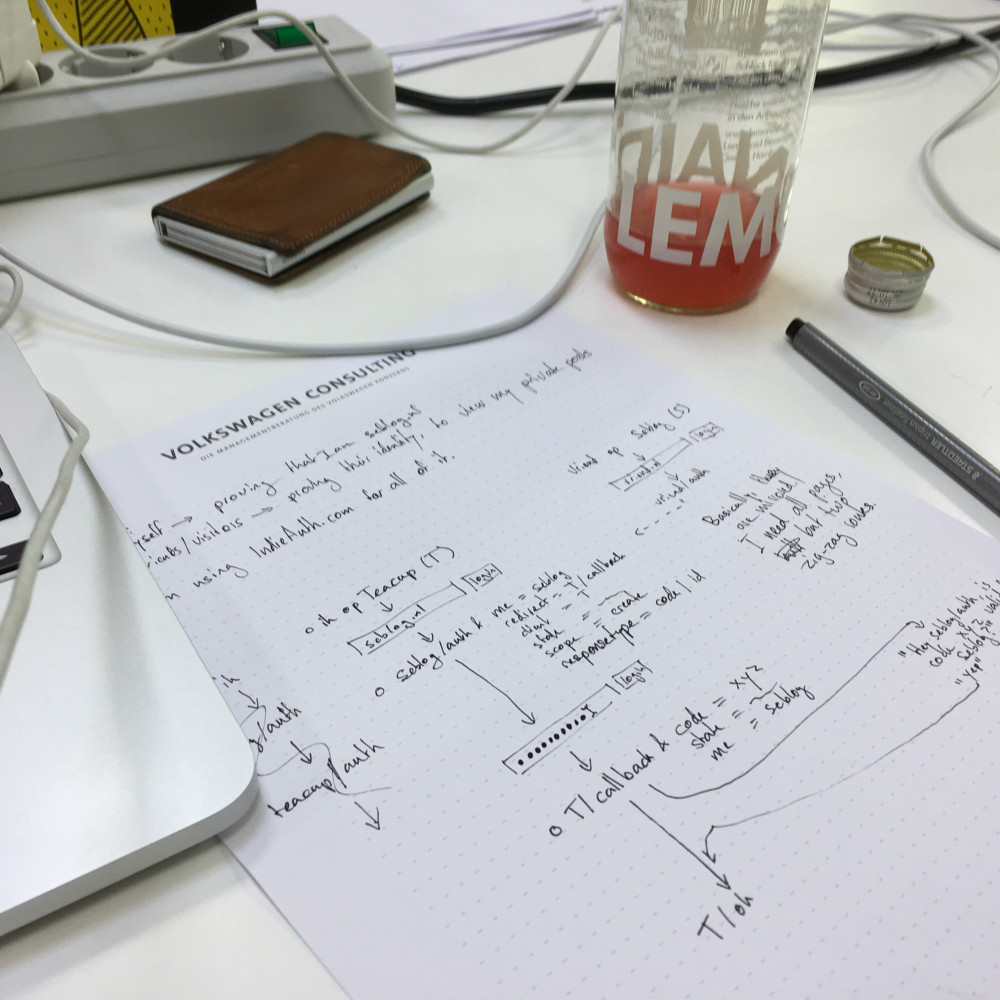 At one point yesterday, I understood the difference between IndieAuth, IndieAuth and IndieAuth. I believe I reached that point again, almost.